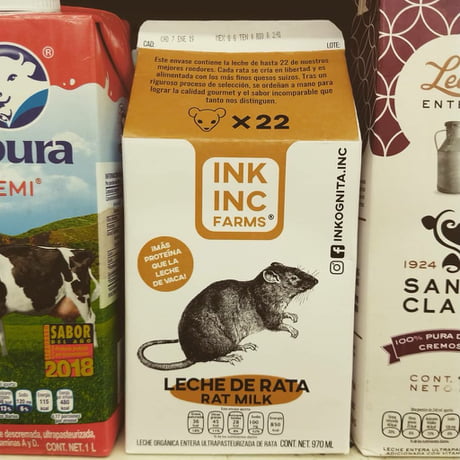 One of the most common reasons people reject scientific findings is the deep suspicion that the scientists themselves are mostly in the pockets of evil corporations. Of course they say vaccines, 5G, genetic engineering etc are safe – that’s how they get paid!

Let’s imagine a big company wants to make cheese from rat milk. They hire scientists to do research to show that it’s safe. A couple of these scientists speak up and say their findings show that rat milk isn’t safe for human consumption. They’re fired! The remaining scientists publish a report recommending that rat milk be part of nutrition guidelines everywhere.

[note: I have no idea if rat milk is safe or not but I’m sticking to soy for the moment]

Is this how it works?

Depending on how you define a ‘scientist’ there are probably at least 10 million scientific researchers in the world. Can we trust that every single one of them is honest, competent and hasn’t sold their soul for a nice pay cheque?

But just imagine for a moment you’re at a party of a friend of a friend’s house and you see some money lying on the floor in the hallway. You’re pretty confident you could pick it up and no one would see you. What’s more, you’re not feeling that wealthy and it’s enough cash to buy you a nice lunch. Would you pocket it?

Probably not, right? Even if you thought the person throwing the party looked like they could afford it. You probably think it’s a bad thing to steal in general.

And even if you felt you were karmically owed the money (because you lost a similar amount at another party the year before) there would still be the risk that someone would see you. No one wants to be known as a thief.

Scientists also care a lot about their reputation. When they publish their research they’re required to say where the money came from. If a scientist was found to have cheated or accepted money under the table they would face considerable professional shame. No one would listen to them again and they’d have a hard time finding work.

That would be bad.

‘The growth of fungi as hyphae on or in solid substrates or as single cells in aquatic environments is adapted for the efficient extraction of nutrients, because these growth forms have high surface area to volume ratios.’

But for a scientist who studies mushrooms a sentence like that gives as much satisfaction as a pianist playing an arpreggio. Most scientists want to do good science because they believe it’s a good thing.

But human nature can be disappointing and with 2.5 million research papers how can we trust that they’re all written by talented scientists with high integrity?

To solve this a system has emerged where research papers are submitted to scientific journals. If they’re interesting/relevant/original enough, they get published and other scientists review the work done.

They don’t use a 5 star rating system but they are ruthlessly critical if the research was sloppy or if the findings just don’t make sense. (By the way they’re not even paid to do the reviews! They just love science..)

But around 2 and a half million research papers are published every year. Am I saying it’s all high quality, uncorrupted pure science?

No, of course not. Some of it is highly-intelligent nonsense.

But researchers try to reproduce the results of each other’s findings.

Other studies come out with similar results.

Over time the truth tends to come out.

It’s not a perfect system and there are plenty in the field of science who are genuinely worried about the influence of commercial funding. It’s a live, thorny, problematic issue in modern science.

But if the majority of scientists say you shouldn’t be drinking rat milk…you can safely believe them.

https://undsci.berkeley.edu/article/who_pays – where funding for science comes from

https://www.businessinsider.com/how-much-money-types-of-scientists-make-2019-5?r=US&IR=T#soil-and-plant-scientists-make-an-average-of-63950-a-year-5 – how much scientists in the US get paid on average (bear in mind they had to study for many years at expensive colleges!)